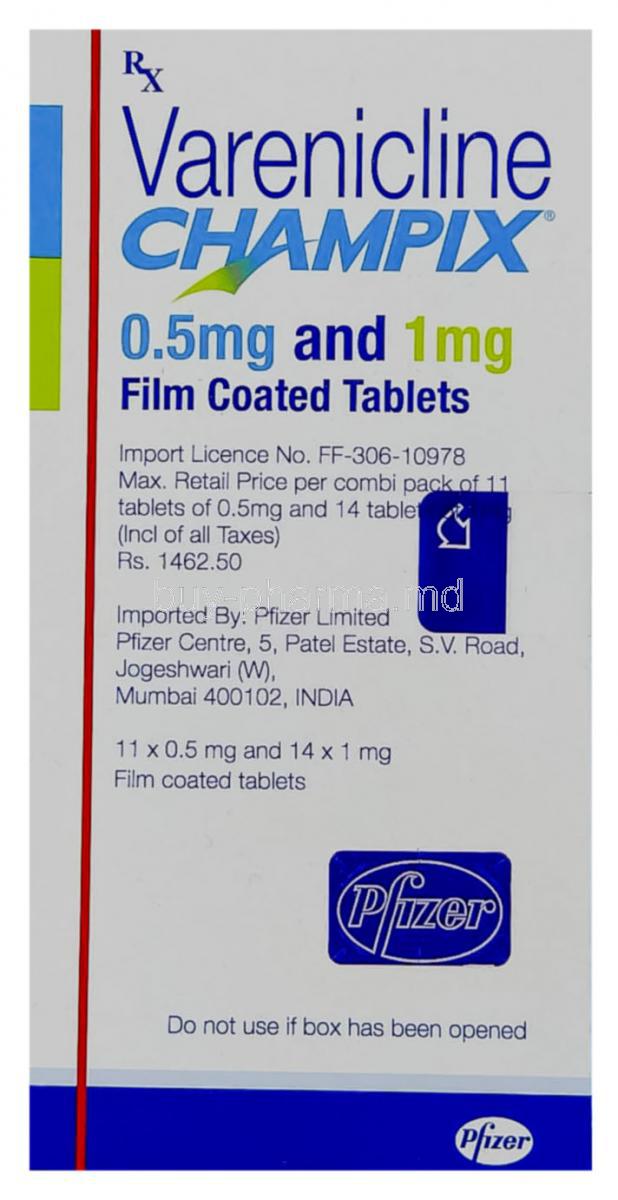 Uses
Champix is used in the treatment of smoking addiction and helps in the recovery process.
How it Works
Champix works to mimic the effect of nicotine on the body. Champix works by preventing tobacco-derived nicotine from binding to its receptors in the brain. Champix helps reduce the urge to smoke and relieves withdrawal symptoms. Champix also blunts the effect of nicotine in people who give in to temptation and have a cigarette. This reduces the enjoyment of smoking.
Common Side effects
Some of the potential side effects of Champix can include the symptoms below; Nausea, Headache, Insomnia, Abnormal dreams, Nasopharyngitis 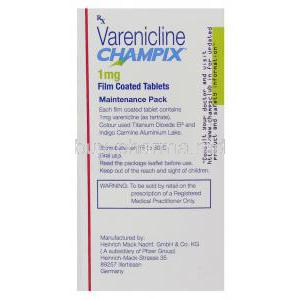 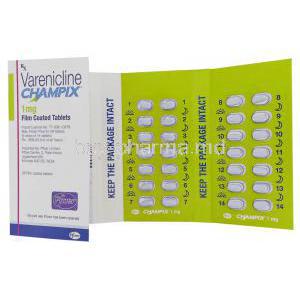 Note: buy-pharma.md does not imply any medical claims from this review.
Posted by John on Jun 4, 2017

Could not be more pleased with product and prompt service!

Note: buy-pharma.md does not imply any medical claims from this review.
Posted by Brenda on Mar 4, 2017 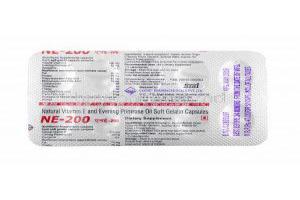 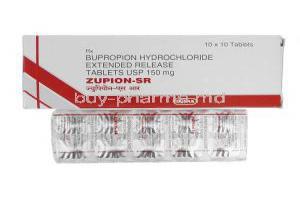 Bupropion hydrochloride
150 mg
Out of Stock. 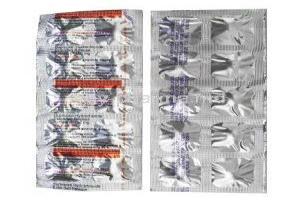